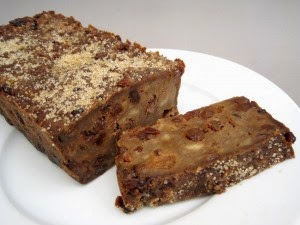 I have been meaning to go to Fischer's on Marylebone High Street for lunch for ages.  Several of the Thane Prince Cook Book Club join Thane (who is on her way to having a personal, permanently reserved table) there frequently, and report on the fabulous ambience and food.

I don't eat out often really, but I have a soft spot for the Delaunay Counter, where Bob and I sometimes stop for a chicken schnitzel sandwich and a Black Forest gateau if we are up town for the theatre or the museums, and as Fischer's is run by the same group, I had to go sometime or other.

My lovely friend Frances, who I used to work with when I worked in publishing, moved to Somerset a few years back, so we don't get to meet up that often.  But, she had plans to be in town for a day before Xmas and we decided to go shopping and see the lights, and to have a posh lunch. 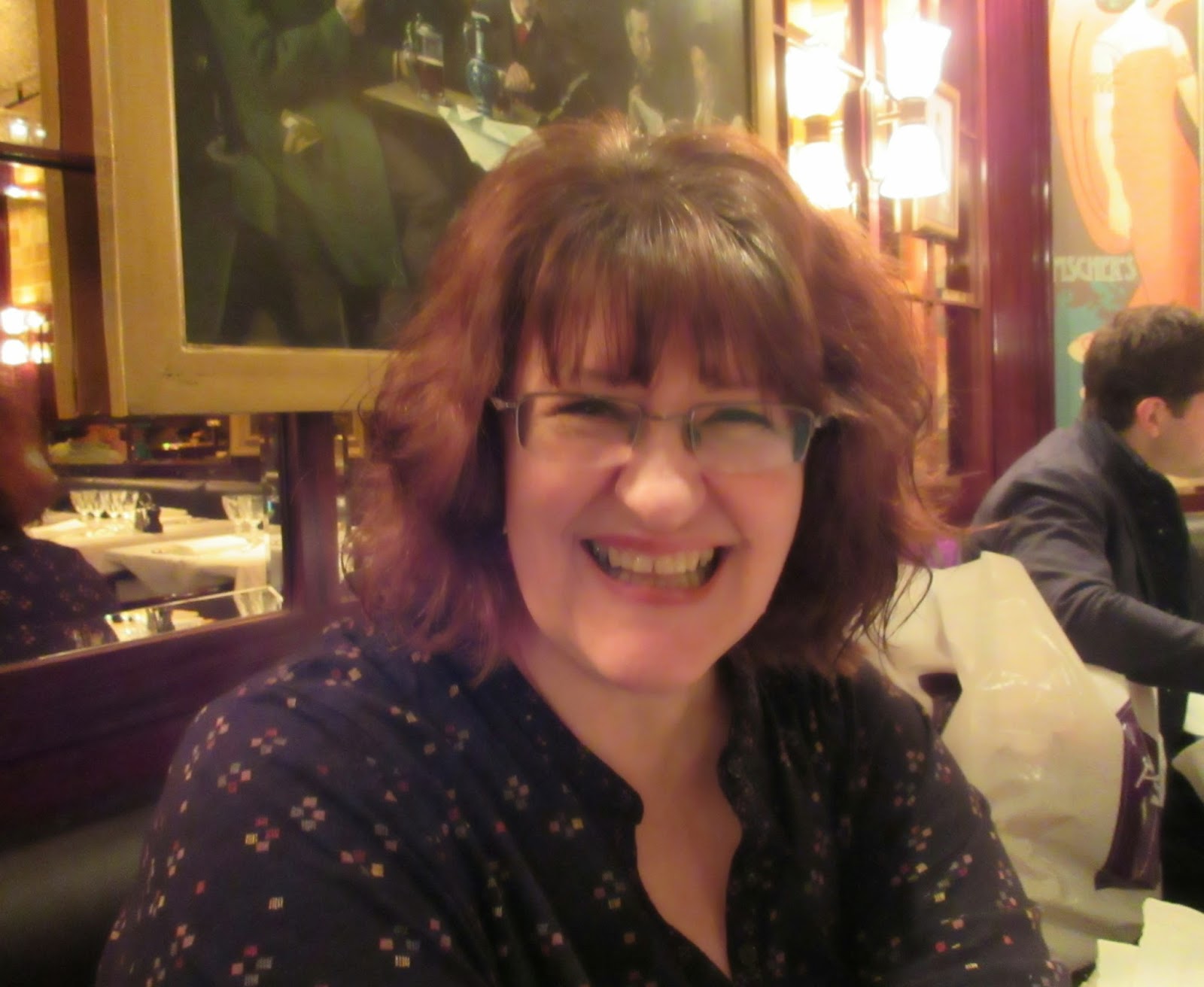 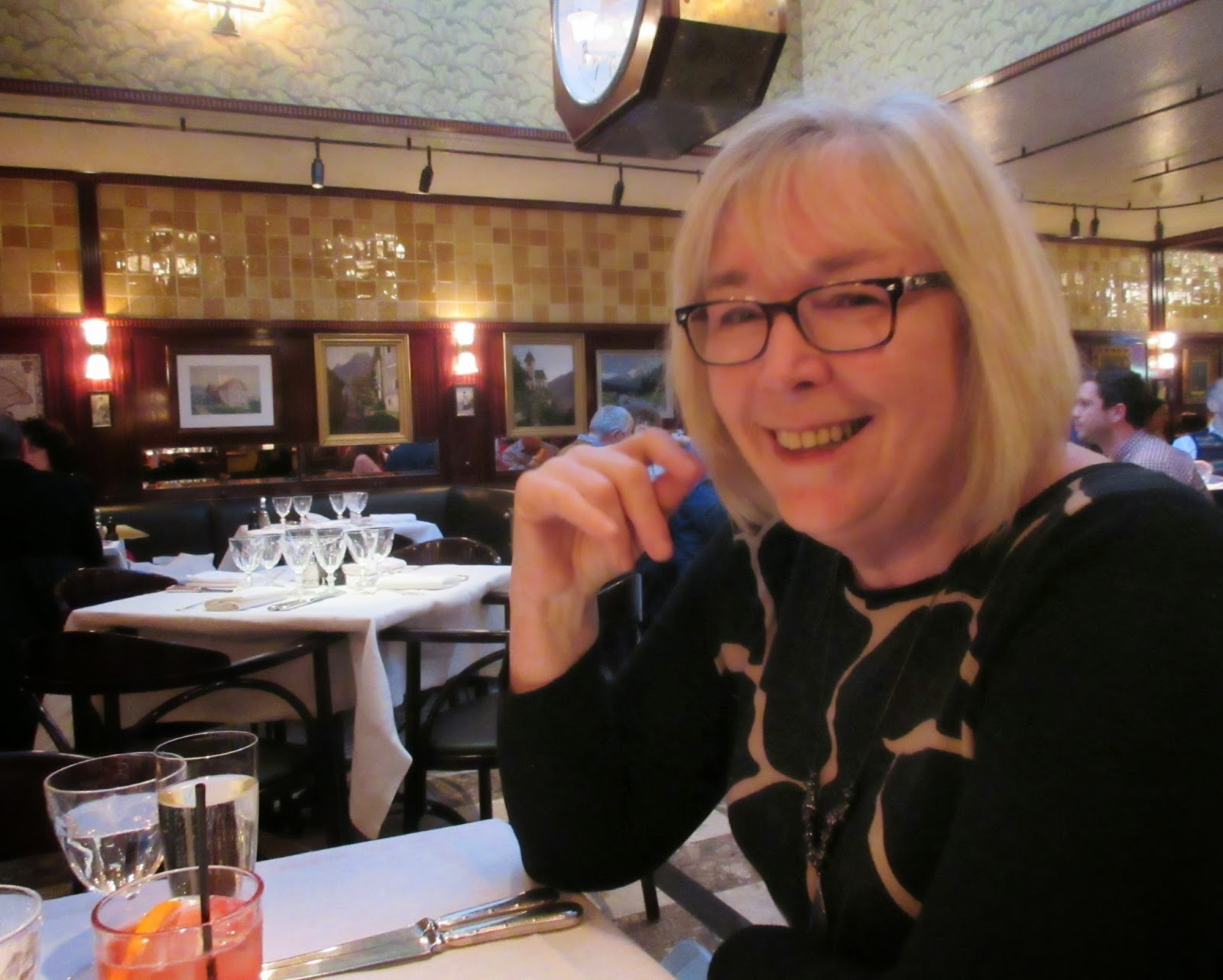 Fischer's it was to be.   Love the old fashioned continental railway station vibe of this restaurant, with the clock in the middle. 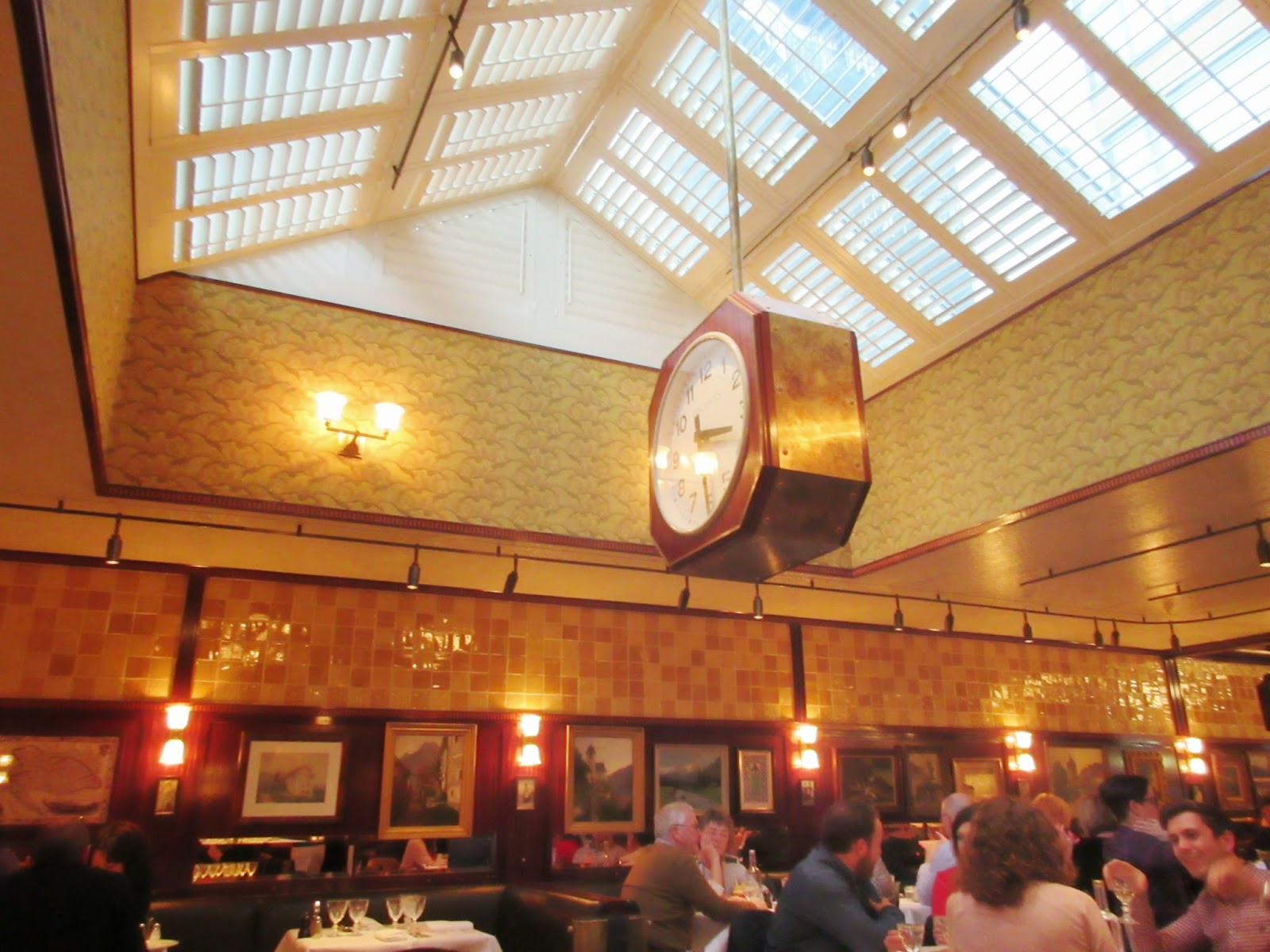 We settled in with aperitifs and delicious caraway rye bread and whipped butter, and waited for our special of venison stew and spatzle with red cabbage to arrive. 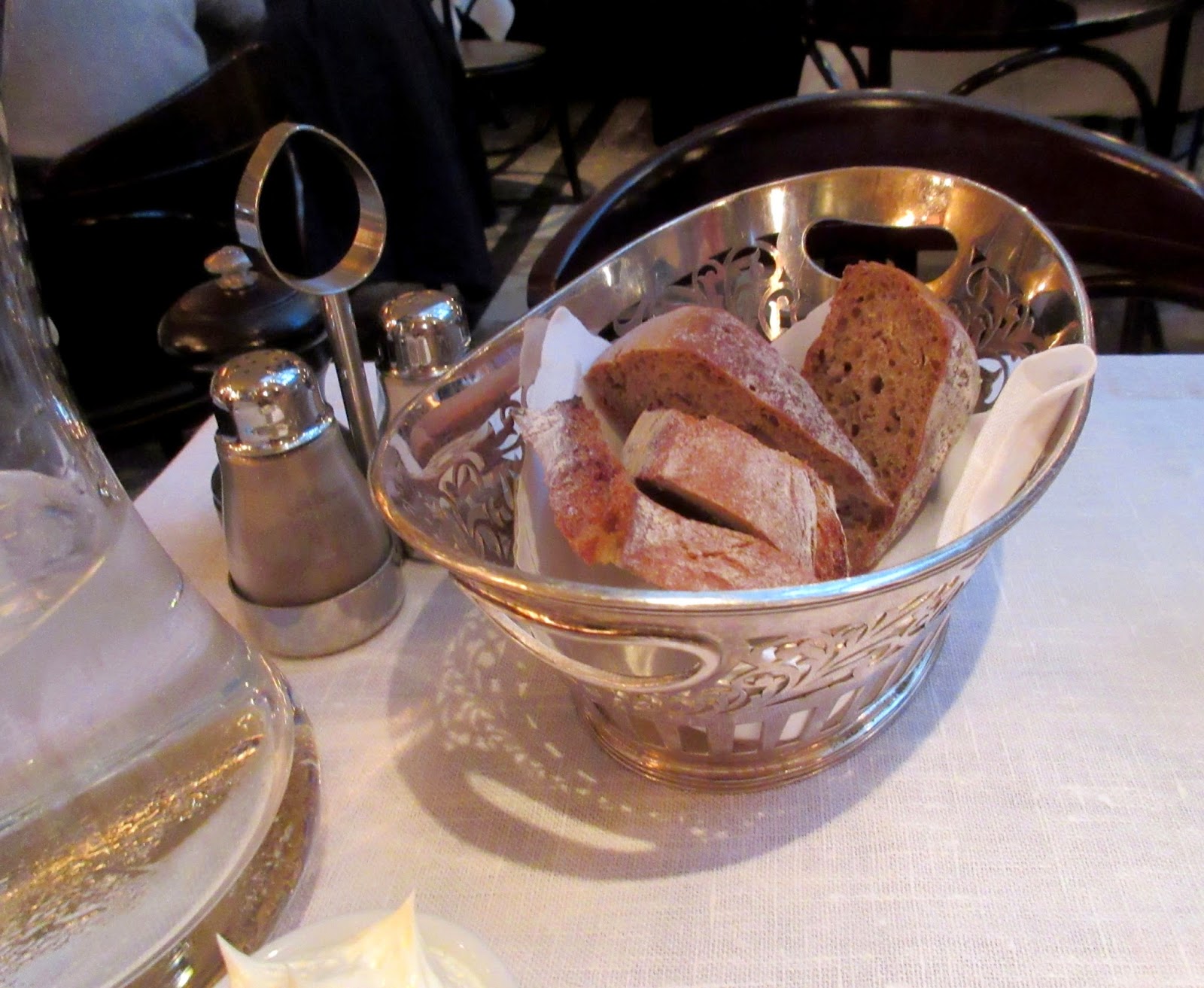 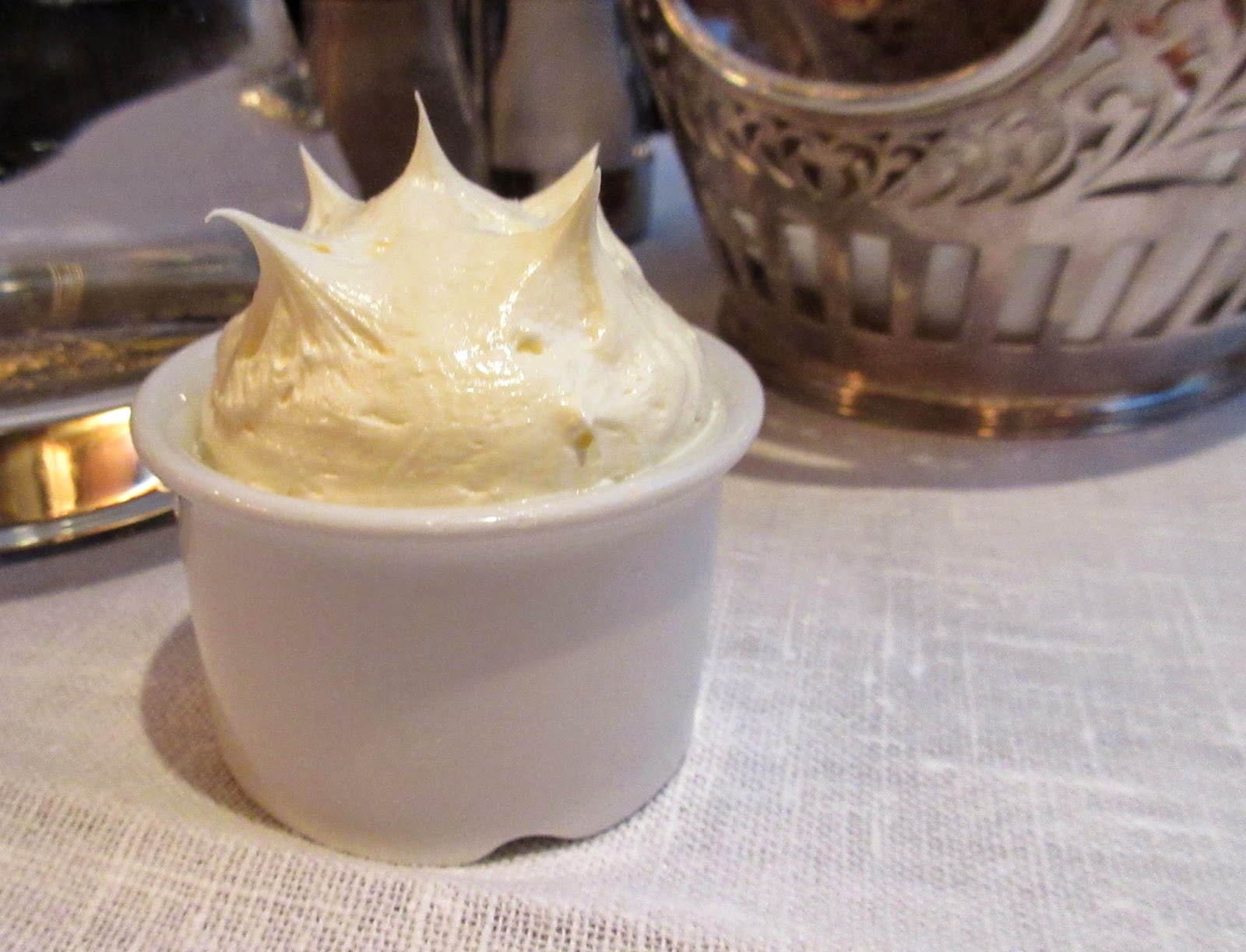 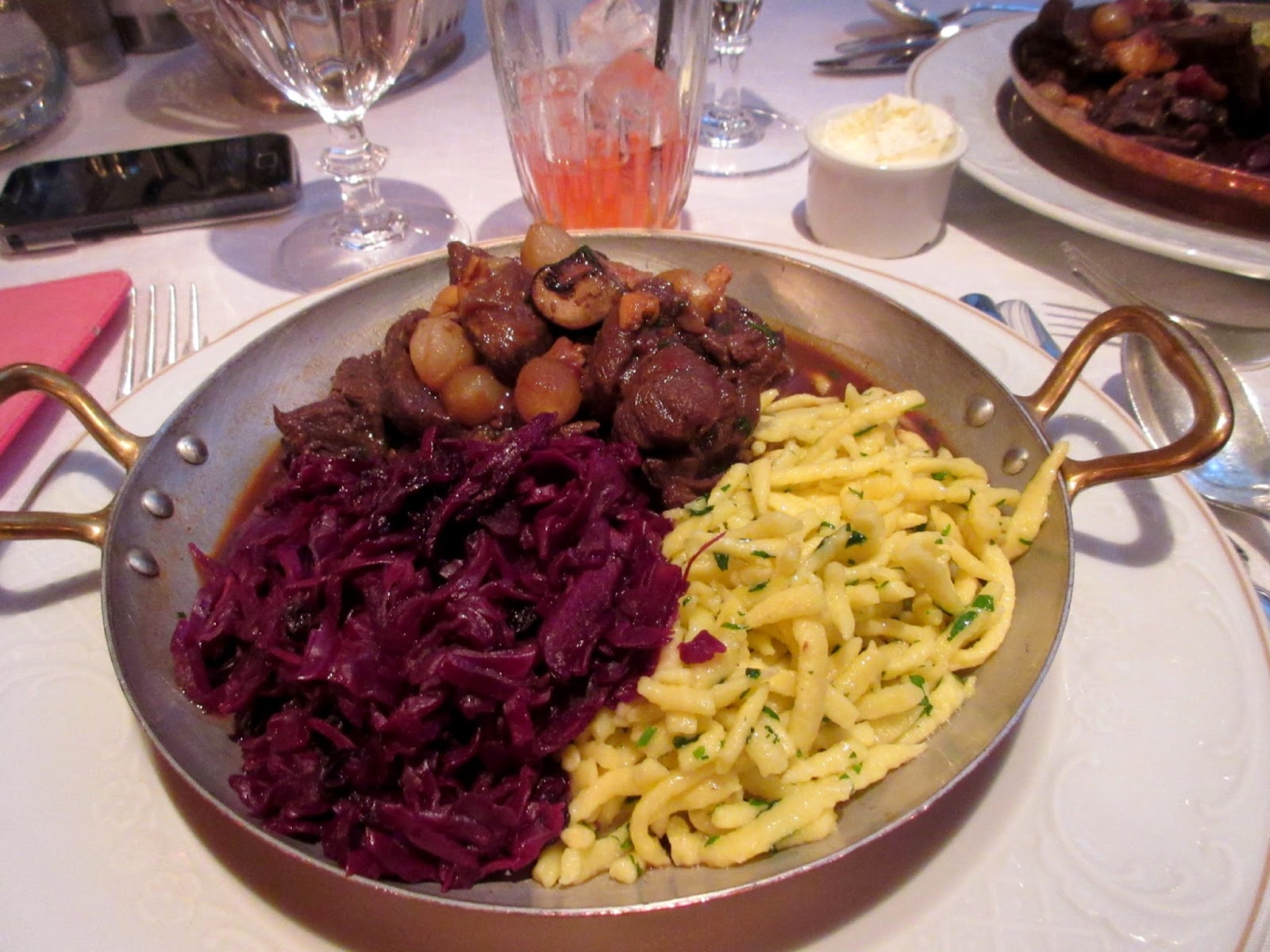 Rib-sticking, warming stuff, lots of it and delicious.  We didn't leave much... 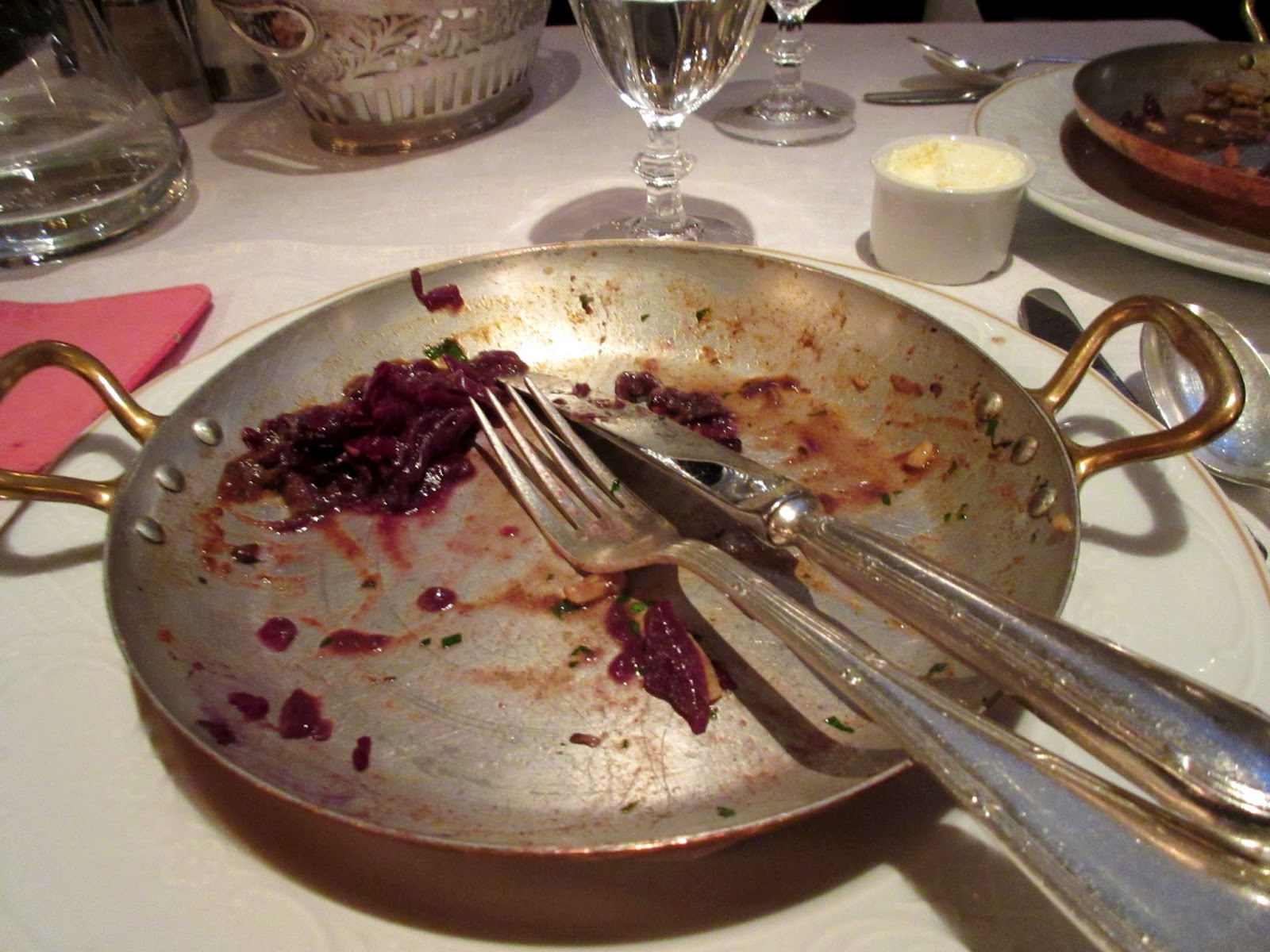 We really didn't have a lot of room for pudding, but we were very tempted by the sound of the nut icecreams - almond, hazelnut and pistachio with a hot butterscotch sauce. 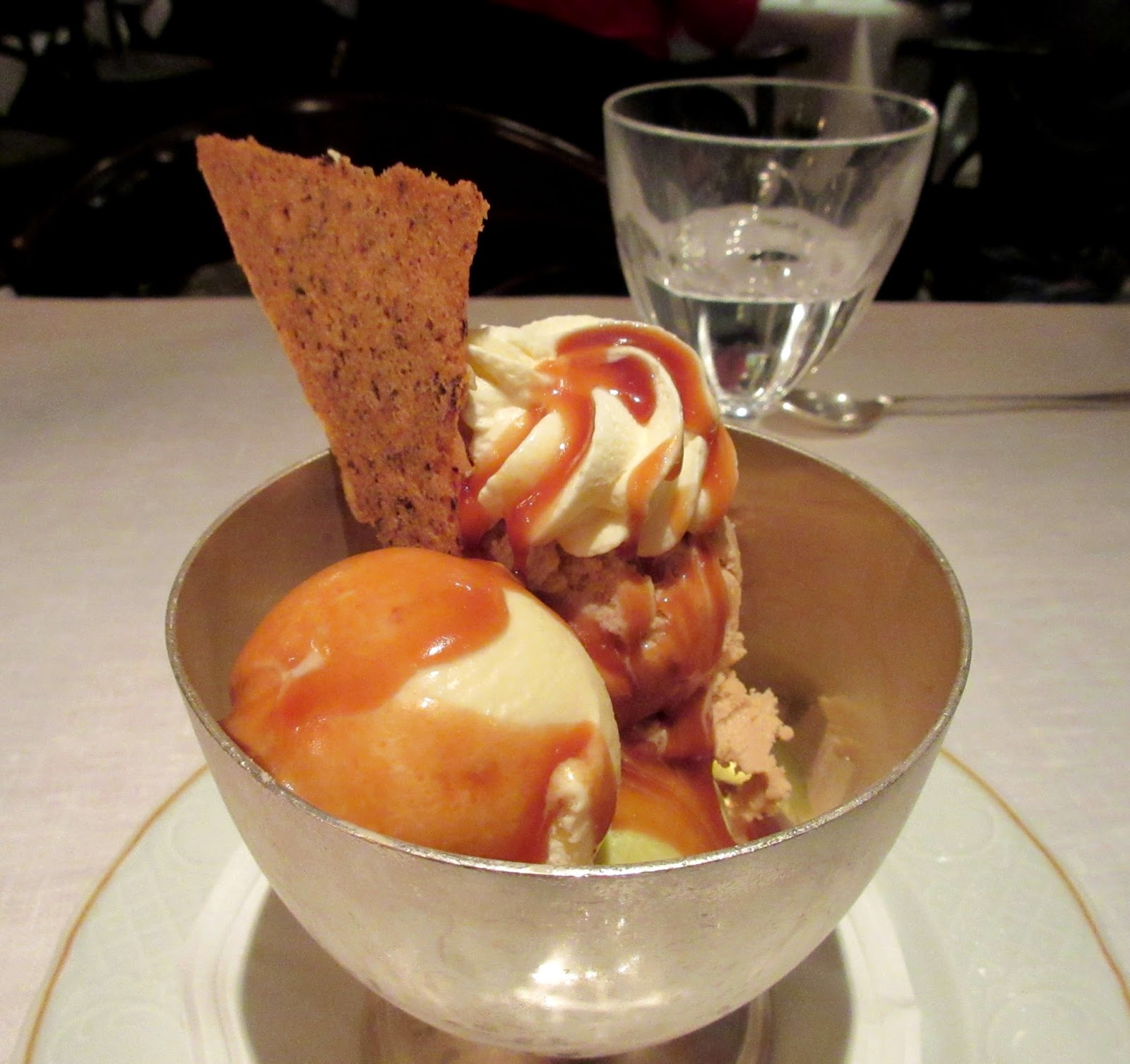 The almond was the prize in this though, it was on the top so we ate that first, but honestly, I wish we had left it until last it was so delicious.  Next time I think I will ask for 3 scoops of almond and leave off the others.

Not a cheap lunch, about £80 for the two of us, with coffee but no wine. But definitely one for the address book for a special occasion.
Posted by josordoni at 08:26 2 comments: