A couple of years ago, I was introduced to Picota cherries for the first time. I had seen them in the shops but had been put off by their stemlessness, thinking they would be soft and pappy.  But Picota sent me a sample, and from then on I was hooked.

They aren't soft and pappy, they are crisp, slightly crunchy, sweet and oh so juicy. They aren't in season for very long, coming into the shops in the UK from the end of June for about a month. I didn't realise why they were stemless until I read the Picota information site which says:

"When a Picota is harvested by hand, there is a simple test to see if it has reached optimum ripeness. The cherry will naturally come away from the stalk when it is ripe, which is why the Picotas are sold without a stalk and only ever harvested at exactly the right time. " 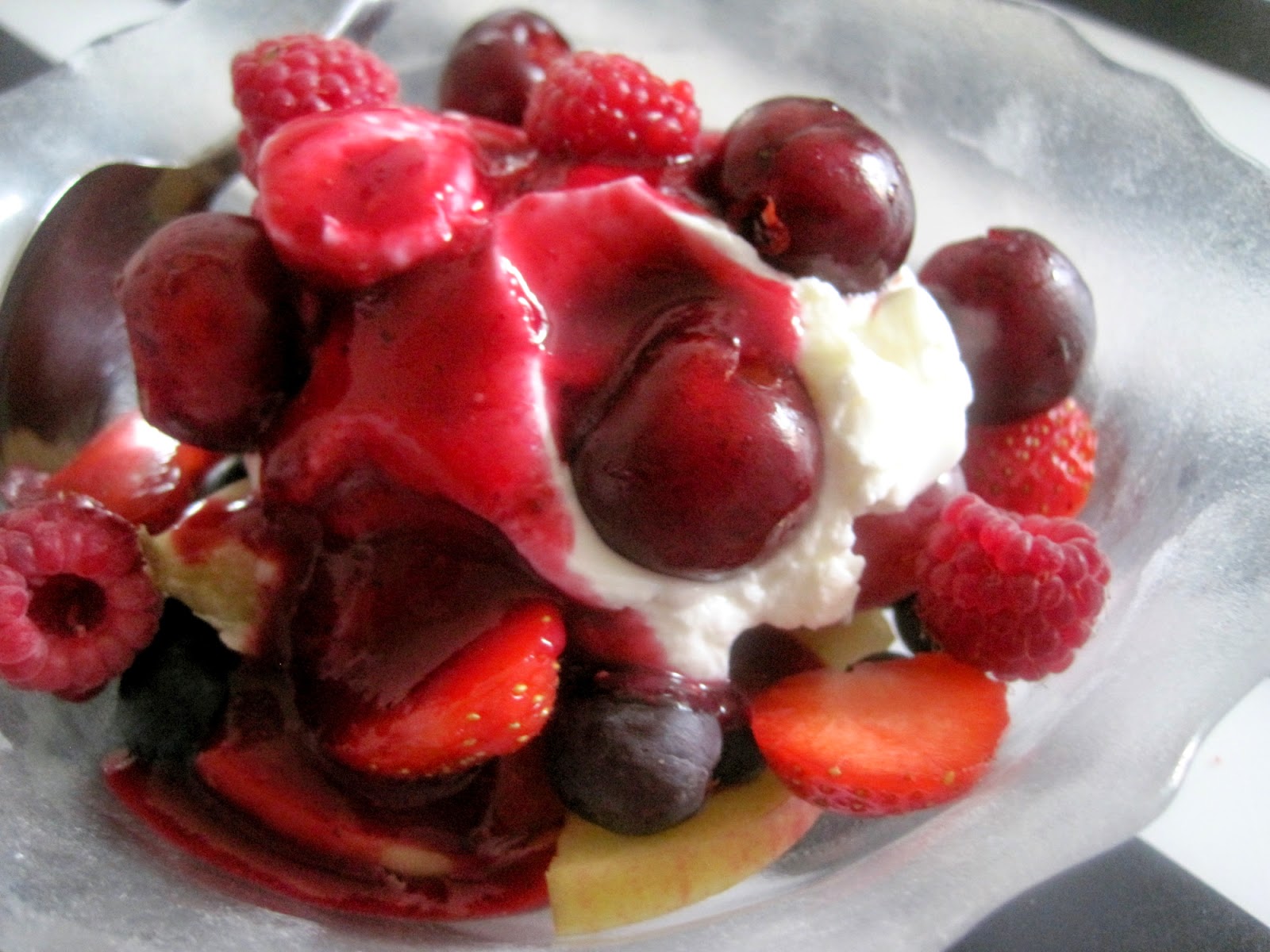 They are in the supermarkets now, and are cheaper than other imported cherries which makes them even lovelier.  I got a 250g punnet from Sainsbury's for £1, against £8 for stemmed black cherries (I forgot to check where they were from, but they weren't English). I'll be making some lovely desserts with them, together with raspberries from the garden,


But today, to start off, they went into breakfast with homegrown raspberries, flat peaches, strawberries, blueberries, Jazz apples and a big fat dollop of my favourite Total Greek yoghurt (lots of excellent filling protein in there). I made a fresh fruit sauce with some of the raspberries, blueberries and strawberries to drizzle over the top (simply heat with some lemon juice and sugar to taste, blitz and run through a strainer to get the raspberry pips out - it will keep in the fridge for several days)

If you don't have time for this for breakfast, it is an amazing dessert too.

Posted by josordoni at 02:53 No comments: