When I was first working as a secretary in the West End, back in the 1970s, there really wasn't much choice if you wanted a filling, inexpensive lunch that wasn't something greasy from a pub, or a sandwich.

But I was introduced to Cranks in Marshall Street, just off Carnaby Street, and it was a revelation. It was worthy, it was wholemeal, there was hessian on the walls, it was healthy, it was vegetarian. It was round the corner to where I worked in Wardour Street.

Every day, I would have the same thing. Soup, salad and a roll. Each day it was different as the salad was made up of a selection from different bowls and each day these were different, depending on what had come in from the suppliers, and who was making it. The soup was freshly made each day and was always different. The rolls were solid, wholemeal, and as tasty as anything.

And sometimes, there was pie. Even, if I were lucky,  Homity Pie. 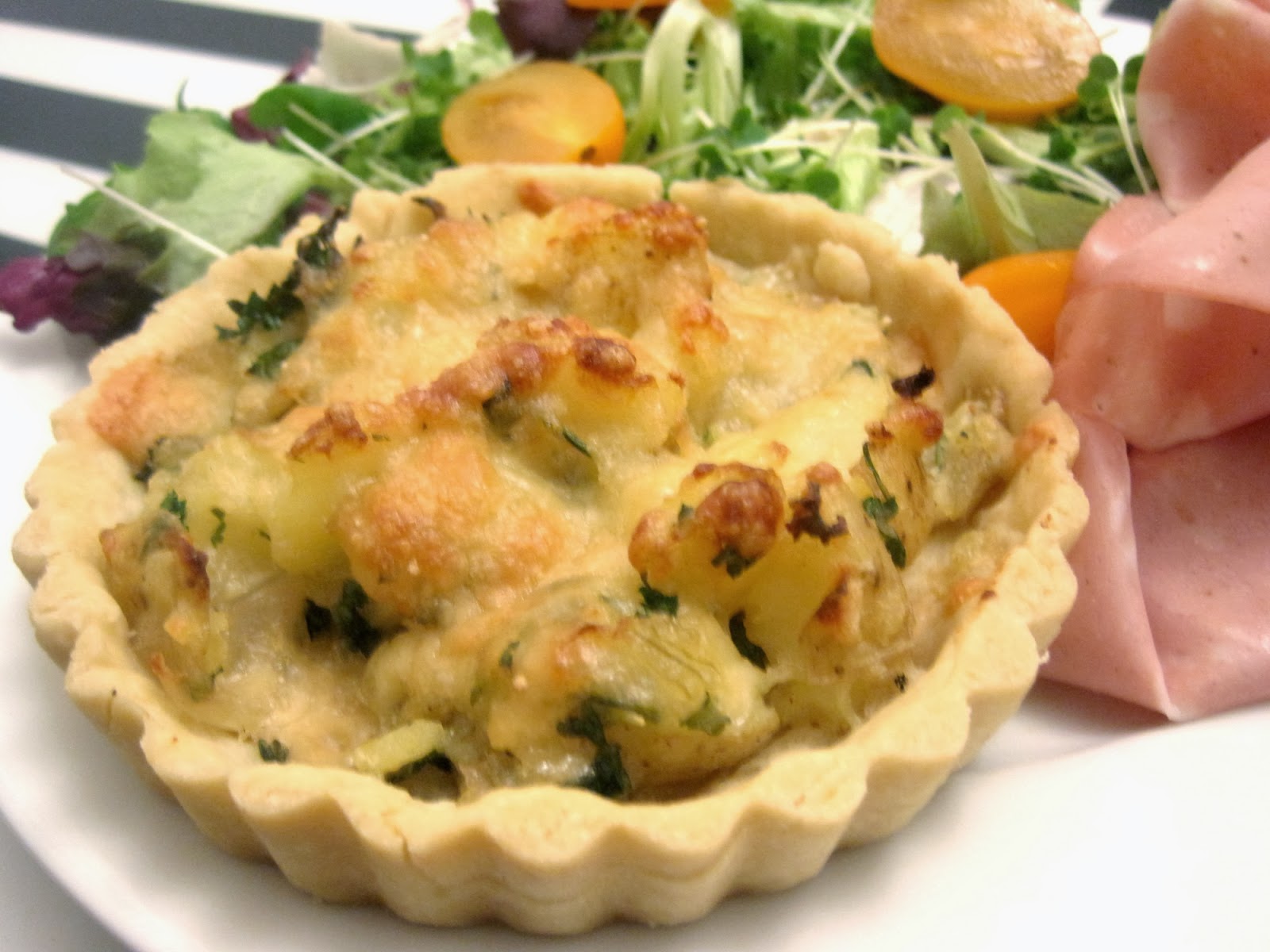 The ingredients are so simple, but like lots of things it is more than the sum of its ingredients. It is deliciously savoury, filling but not stodgy, and a perfect lunch or dinner with salad (and these days, I will often chuck a bit of cold meat alongside. Sorry Cranks...)

Preheat the oven to Gas mark 6
Line 4 x 4inch tartlet cases with the shortcrust pastry (or you can make a large pie, in which case line an 8 inch quiche tin)
Put the potatoes, onions, garlic , parsley, seasoning and half of the cheese into a bowl and mix with a little milk to make a rough not sloppy mix.
Fill into the unbaked tartlet cases and top with the other half of the grated cheese.
Bake for 25 minutes until golden brown on top and the pastry is well cooked.
Allow to cool slightly before serving with salad.

Cranks is no longer around, too much competition I guess. But whilst it was, it was good.  I miss it.