Stuffed bread.... did you watch The Great British Bake Off last night, with their fancy stuffed breads? And almost no time to make them in, which made me so annoyed.   If there is one thing I have learnt from my various bread making experiments it is that even quick bread needs time.

So let's start with the bread I made for the Essex Food and Drink Festival. Yes, the one I was bragging about all over my Facebook and Twitter pages, the one I won with. 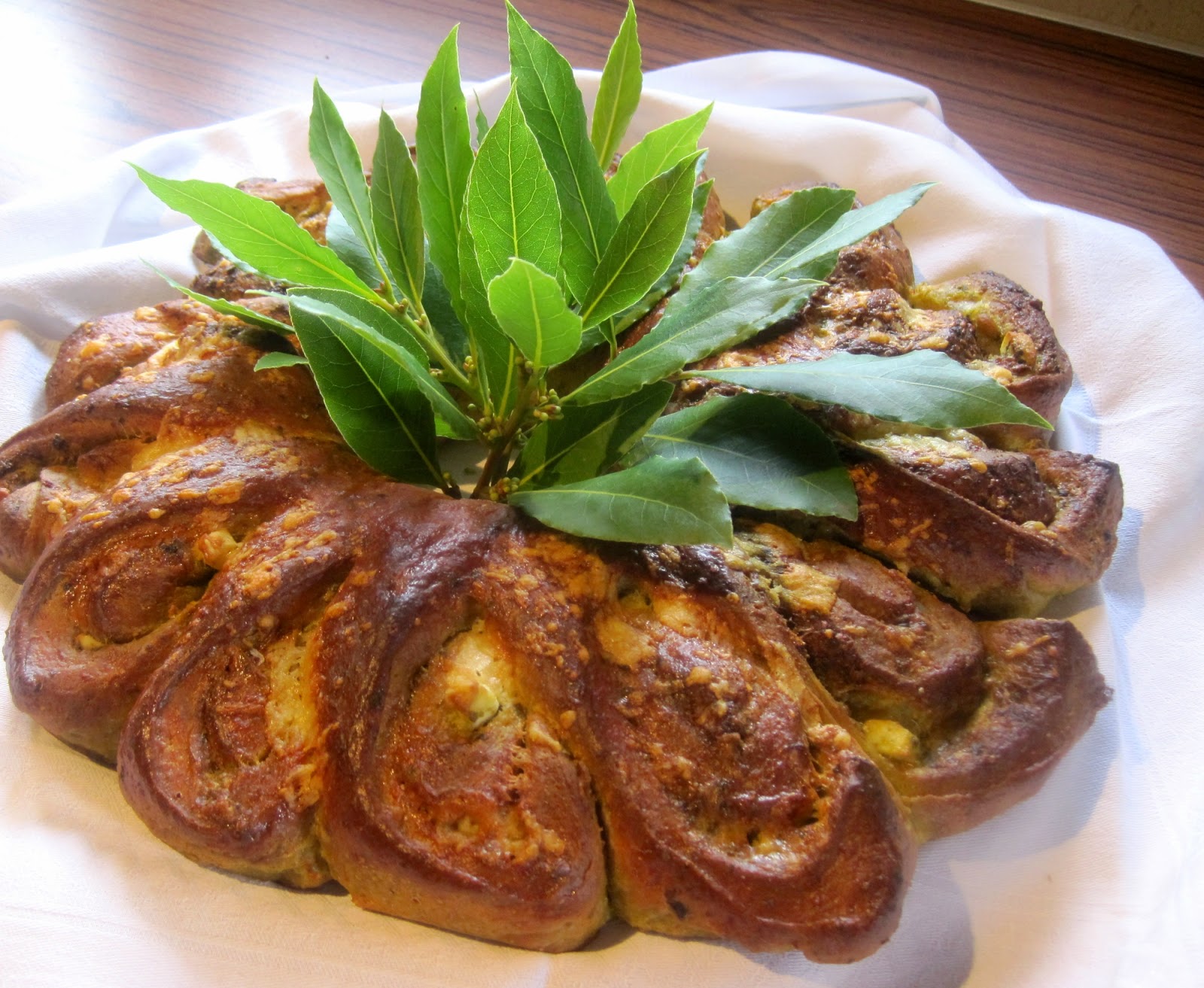 I almost didn't enter the competition on Sunday . I got home tired and hot on Saturday, and really couldn't face baking again. But I didn't sleep well (it was a very hot night that night) and I woke at 4.30. Oh well, why not. Let's give it a go.

So I had from just before 5 until 9 when I wanted to leave. 4 hours - exactly the same amount of time as the Bake Off competitors had.  How did I do it? I sacrificed flavour in the bread for flavour in the additions.

I made the bread using tips from Dan Lepard in Short and Sweet. I added 3 TIMES as much yeast as I would usually. I added yoghurt and vinegar to compensate for the loss of depth of flavour due to the shortened proof times caused by the extra yeast. And I baked dark so that the bread wouldn't collapse due to the fast, hot proof.  And I only just got it made and cooled in time. It was still warm when I wrapped it to take to the Festival, and that took a little over three hours for cooking and an hour for cooling.

The bread dough itself had NO flavour in it, but truthfully it didn't matter. The bread was to be a tear and share Cheese loaf for the competition, and so the dough was spread with pesto and grated Jarlsberg and Cheddar cheeses, then rolled up before being cut and twisted. So any loss of flavour in the dough won't really be noticed, as the main flavour is from the additions.

But if I did it again? I would use a poolish. I would chill the dough more to make it easier to handle (let me tell you it was a horrendous job rolling and shaping the still slightly warm frothy dough. Much easier to make this with a slow proof in the fridge ) and I would probably use my new love, my semi-brioche dough.

But if you would like to bake with the kids, three to four hours is probably as much as you could hope to keep them in one place ... (though they can nip outside for a quick game of footie whilst the dough is proving and the loaf is cooking)

so here you are, give it a go and let me know what you think:


half a jar of pesto
2-3 handfuls of grated cheese - I used Jarlsberg and cheddar but use any cheese you have around.
One egg beaten with a little salt and water.