I was interested to read in the Guardian about the advent of Wikipaella. According to the Guardian article, "Wikipaella aims to help "police" paella around the world, said co-founder Guillermo Navarro. "It's a dish that's really trendy these days. And there's lots of people taking advantage of it and selling what they call authentic, traditional or Spanish paella."

So the question is, is this a proper paella in those terms or just dinner?

Is it possible for an English person to make a paella that would be approved of by a Spaniard? In a frying pan? 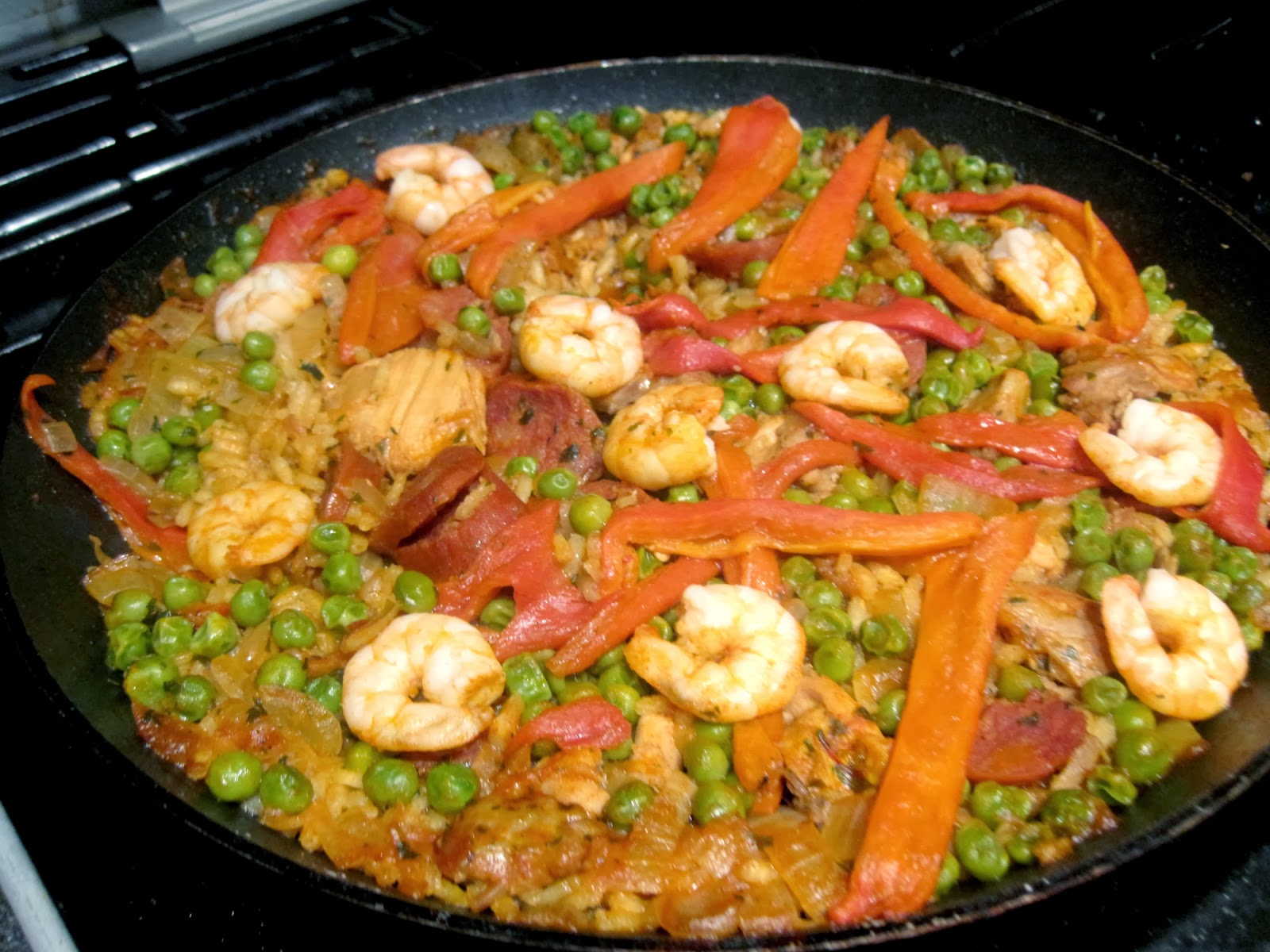 Somehow I doubt it, but this makes for a very tasty dinner.

I use a recipe that I found online a long time ago, but have long lost the weblink to. I doubt it is authentic, as it cooks the chicken with onions and garlic separately first, and then adds it to the rice.  But it really works well, so give it a go and let me know what you think. 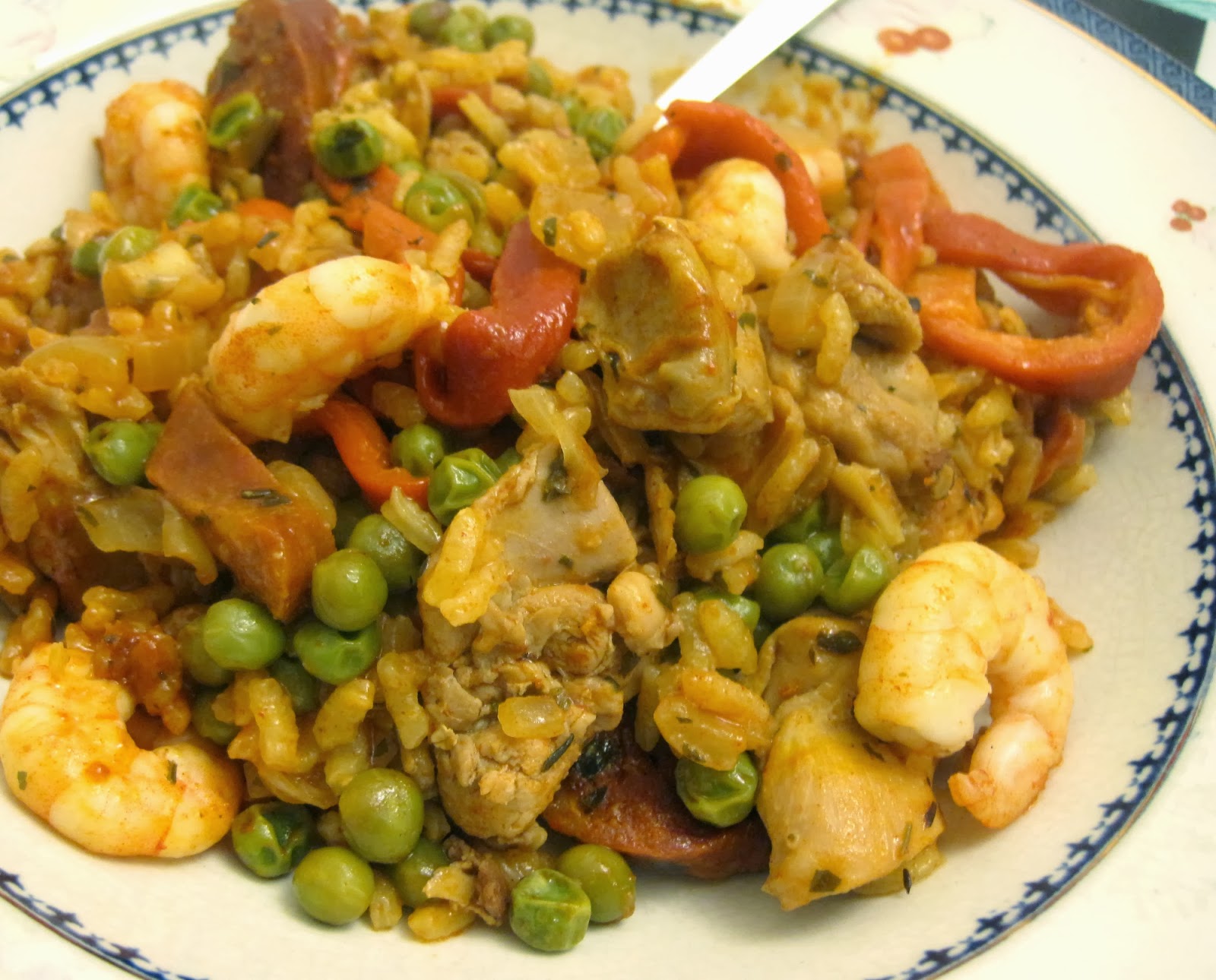 Pan two: Frying pan - roughly 12-14 inch diameter, or a paella pan if you have one:
One mugful of paella rice
One and half mugfuls of hot chicken stock
half teaspoon of smoked agridolce paprika + several strands of saffron, steeped in a tablespoon of stock
handful of frozen peas
two or three heads of skinned peppers from a jar, cut into strips
half a dozen raw jumbo prawns per person
lemon wedges.

Heat the olive oil and saute the onion and garlic. Add the chicken and season liberally. Cover the pan and allow to cook on a gentle heat until nearly cooked and just tender, around 10 mins.

Heat the frying / paella pan and add the chicken etc from pan 1. Stir in the rice and allow to toast a little. Add the stock and the steeping saffron/paprika. Give it all a good stir bring it to a simmer, and then turn the heat right down as low as it will go.  Don't cover the pan. Allow to cook for around 20 minutes until the rice can be bitten without a hard centre.

Scatter the peas and red pepper strips over the top, and lay over the raw prawns. Cover, and allow to continue to cook until the prawns go pink all the way through, but be careful, prawns overcook very quickly. And yes, the ones in the picture are slightly overcooked... I went and got preoccupied - probably Twitter.. :(

Serve with some lemon wedges to squeeze over.